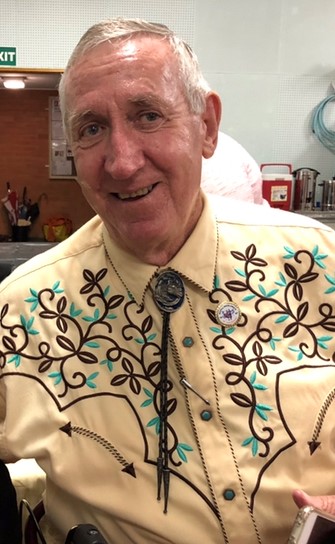 Sid Leighton attended his first Square Dance in November 1960 at the B-Bar-L Hoedowners Square Dance Club in Sandgate, Brisbane. The Club Callers were Peter & Evelyn Johnson. This night and subsequent dances, sparked a love for the activity from an early age.

Sid met his wife Betty, at a Saturday Night Club at Greenslopes. Sid and Betty were married at St Margaret’s Church of England on the 29th of April 1967, and are still happily married today. They have two daughters, Cindy and Kristy. 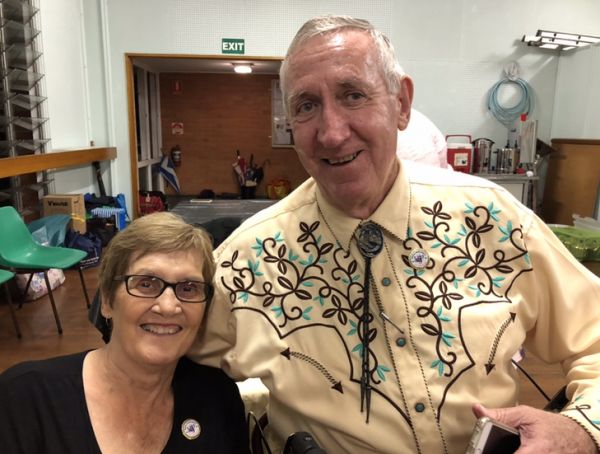 In 1965, Sid’s first Club was in the Petrie School Of Arts, Petrie on a Friday evening. Down through the years he has called for: the Sunshine Stars at Toombul, a Saturday Night Group in the Methodist Church Hall in Banyo, the Stafford Whirlaways at Stafford, the Wavell Whirlaways at Wavell Heights, Taigum Twirlers later known as Integrity Squares at Taigum/Clontarf, and The Glades Square Dance Group at Caboolture.

On the 19th of March 1969, Wavell Whirlaways Square Dance Club, commenced and at the time of writing this, the Club has been in operation for 52 years and four months. This has also been a Caller run Club for all of those years.

His current Clubs, the Wavell Whirlaways and The Glades Square Dance Group both dance weekly and both Clubs enjoy a friendly atmosphere every time they meet.

Sid has served on several committees throughout the years. He became the second President of the Square Dancing Society Of Queensland, from 1973-1976, taking over from Graham Rigby, when Graham decided to step aside from the position. He also has held the position Vice President of the Society several times throughout his career. Sid has called at many Australian National Square Dance Conventions and Queensland State Conventions down through the years, and was the Convenor of the 1979 National Square Dance Convention in Brisbane. He has also had the opportunity to call at a Square Dance Clubs in England and also in Christchurch and Auckland, New Zealand.

Square Dancing has been part of Sid and Betty’s life for many years. He always enjoys working with new dancers to bring them into the activity that he has thoroughly enjoyed participating in all his life. Sid says new dancers are the future of Square Dancing.