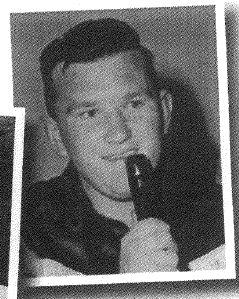 Rod (Rodney) was the second born son of arguably Queensland’s most prolific square dance family – The McLachlans - with parents Frank and Edna, brothers Geoff, Doug, Nev, Greg, Robert and sister Elizabeth (Libby) all of whom square danced with all siblings calling to some extent in their early lives.

Rod began dancing at the LONE STAR club in the Wynnum Scout hall in “the late fifties” and soon started calling there and at many other clubs all over Brisbane. He called more “fun nights” than most callers in the area, often for free to gain new dancers. He soon involved his parents and family who helped and supported clubs he called for at Wynnum, Wynnum North and Hemmant before joining the Royal Australian Air Force which saw him travel throughout Australia as a cook. On one occasion in Sale, Victoria, he provided a meal for Queen Elizabeth and the Duke of Edinburgh.

On discharge from the RAAF Rod continued calling in guest spots and as a fill-in for others who were not available to call their regular club nights. He was commissioned by Graham and Val Rigby to cater for their “Summer Holiday” and “Winter Wonderland” camps on the Gold Coast in the 70’s and 80’s.

Most will remember Rod for his appearances as the Easter Bunny and as Santa at every Christmas party going. Those who were in Melbourne for the 1969 National Convention could not forget his memorable rendition of “Billy Boy”, which became his calling card in the 70’s.