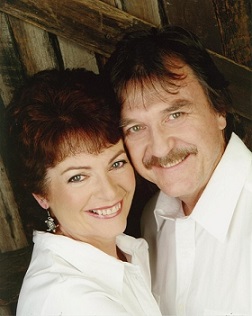 Started square dancing in the early 60's after tagging along with older brothers and parents to local square dances at Scouts and Lodges.

Entered Amateur Callers contest in 1967 and won first place. Part of the prize was to be programmed to call at the 8th National Convention in Brisbane that year.

Formed a junior club in Wynnum in 1969 called "Circle W". This club branched out into a full family club in 1972 at Norman Park.

Formed "Suncoasters" in Nambour in 1970, initially dancing monthly courtesy of parents transport. Moved several times to Woombye, Bli Bli, Maroochydore and Caloundra changing to fortnightly and then weekly dances after building our own dance complex at Buderim in 1985.

Called at all Australian National Square Dance Conventions since 1979
Secretary of the Australian Callers Federation from 1991 - 2015
Featured caller for 5 week-end festivals in New Zealand
Member of Callerlab and on several committees of this International Association.

National Honors: Life Patron ANSDC Board Inc,
My time involves square dance commitments and also the running of the Sunshine Coast Square Dance Centre, a purpose built hall for our wondrous activity of Squares, Rounds and of course Clogging. And a heavy involvement in the Conservation of Marine Turtles. In June 2008 Bev and I were awarded the EPA Excellence Award in recognition of our valuable contribution to the Environmental Protection Agency in the "Volunteering" category. For over 35 years we have spent our Christmas vacation at an area called Wreck Rock (north of Bundaberg) monitoring Marine Turtles. This involves patrolling 22 km of beach, now on 4WD quad bikes, from dusk til dawn. This award recognises volunteers for their dedication, commitment and hard work for the environment and for the people of Queensland. .