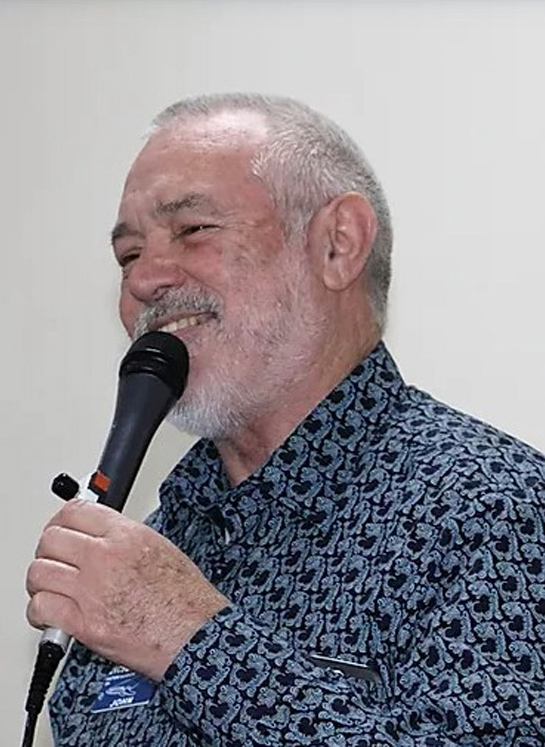 John V Casey has been a Square Dance Caller since 1977, after joining the Garden City Promenaders and being taught to Square Dance and Call by the late Bill McHardy.
In 1978 I called for Rose City Wranglers in Warwick Queensland after Kevin Rettke (who started the Club) moved away from Town. It was a weekly gig on Monday nights and I travelled the 80kms from Towoomba to do the calling.
In 1979 I completed a 12 weekend Callers School run by the Late Bill McHardy.Eventually I convinced Reg Hendy to take over the calling for Rose City Wranglers and I started Track 2 Square Dancing at Highfields, just North of Toowoomba Qld in 1979. I called at Highfields for 18 months until I started Police training in September 1980. I had to move to Brendale in 1981 as there was no vacancy in the Police Service in the Toowoomba area.
I attended the National Square Dance Convention at Cloudland, Brisbane in 1979.
I became a member of the Queensland Callers Association in 1980 and was Vice President in 1997 – remaining a member until 2009.
I was also Vice President of the Square Dancing Society of Queensland in 1997.
I was a member of the Australian Callers Federation from 1980 to 2009.

In 1992 I also started Track 2 Square Dancing at the Metro Arts Centre in Edward Street Brisbane Qld.
These 2 hour Classes were on different mornings and afternoons and included
1. Easy Mainstream
2. Dance By Definition Mainstream
3. Easy Plus
4. Dance by Definition Plus
5 Line Dancing
These Classes continued until February 1998 When I received a letter from the State Government advising that I could no longer use the venue at Metro Arts as they needed it for and aboriginal to teach tribal dancing – I was given 2 weeks notice to quit.