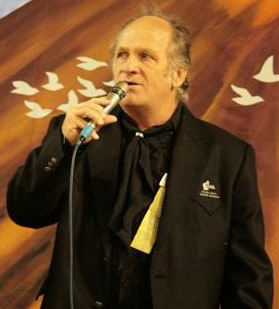 Hello, my name is Jeffrey Garbutt from Western Australia. I am the square dance caller for "Jay Gees" square dance club in Bunbury. I am also the previous president, (now secretary), of the "Callers Association of Western Australia". I was the editor of the "Australia Callers Federation" magazine named "Callerlink" from June 2000 to March 2015. In April 2015 I changed roles to Secretary of the  "Australia Callers Federation".

Square dancing is a bit of a passion for me and I have been a square dancer and a caller for several years. I started square dancing in August 1973 at Sundowners Club at the White Gum Valley hall, learning from Kevin Kelly. I was still in my last year at High School at the time. That high school was "John Curtin Senior High School" which was actually the venue of the Australian 12th National Square Dance convention in 1971, (but at the time I did not know that this event was happening at my high school). I was, (of course), aware that square dancing existed and was exposed to it for many years of watching the Reg Lindsay country music TV show.

My job has seen several transfers around Western Australia, and I actually dropped out of square dancing for 10 years.

In 1990 I moved the family to the South West, dragged the kids to square dancing, and in 1992 re-started Circle-C to supplement the dancing choice available in Bunbury. I took over running a Perth club every week, (Riverside), from 1998. This was very a very busy time as I had to commute about 200 kilometres to get there. So I decided to merge my club with Ross's club and closed Circle-C. In 2003 Ross had decided to move on and I started a new club known as "Jay Gees". In 2006 I ended my commitment to Riversides and applied my total commitment to Jay Gees. Of course the "Jay Gees" is based on my initials and represents the maxim that "if one really believes in something - they should put their own name it".