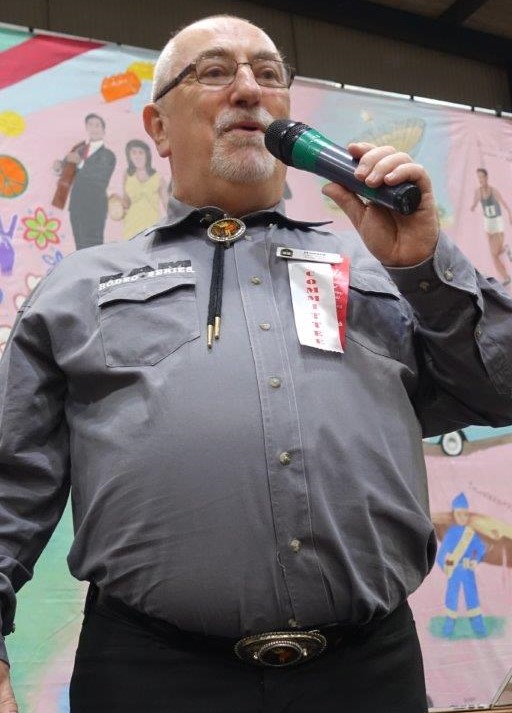 I began square dancing at Westgate Square Dance club in October 1979 at the insistence of my wife Brenda. I really wasn't keen to try square dancing but Brenda can be very persuasive when she wants to be. After my first night of dancing I was hooked, not sure if it was the dancing or the fact that I won a block of chocolate in the Monte Carlo that convinced me. By April 1981 I had become a trainee caller with Frank Kennedy and in July 1982 Brenda and I began Crossroad Squares in Werribee. In 1990 Brenda & I opened Southern Cross Plus and in 1998 we opened Southern Cross A, all three clubs are still running.

I have held the positions of President of the Victorian Callers Association (VCA) & Australian Callers Federation (ACF), Treasurer of VCA & ACF, ACF Callerlink Editor ACF State Coordinator. I am currently the VCA Treasurer and the ACF Vice Chairman. I am a member of Callerlab. I have received a Life Membership from VCA and Roll of Honour from National Society of Australia.

When I am not square dancing Brenda & I spend a lot of time with our two daughters Meagan & Rachel and the loves of our life, our grandchildren Logan and Ruby. We also really enjoy travelling with our Travel Buddies Mike & Lorraine. In October 2014 I retired from work and am looking forward to the next era in our lives.