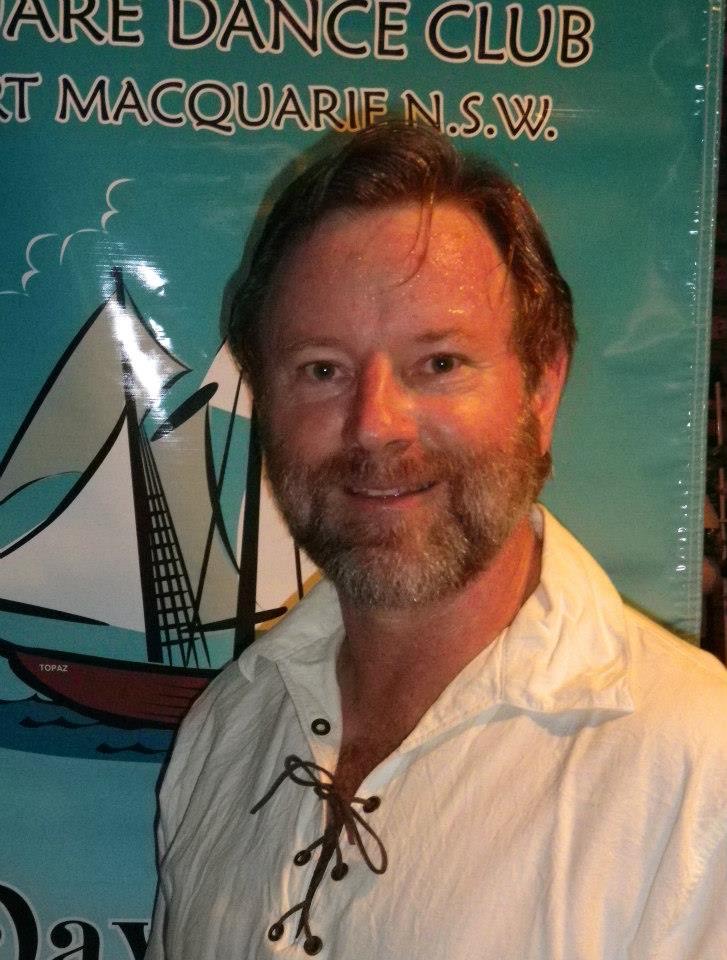 I attended my first square dance on New Year’s Eve in 1975. I knew I wouldn’t like it but went anyway so my friends would stop nagging me.

It was totally different to what I had expected. As my best friend at the time was an aspiring caller it was less than three months later that I had my first call. A year later I started my first square dance club – Spatiores (Latin for Promenaders).

I have moved around the state to pursue my day job. As a result, I have had home clubs on the Central Coast of NSW, Canberra, Sydney, the Port Stephens area and the Port Macquarie area of NSW. I believe that I started the first specifically Plus level dance in Australia. David’s Wyong Workshop held its first dance in February 1978.

I have been a feature caller at weekends in Scotland, England, Denmark, Sweden, France, Switzerland, Germany, the Czech Republic, New Zealand and the USA. I have held caller schools in Scotland, Denmark and Germany, as well as sharing a callers’ school in NSW, with Steve Turner. I have also called in the Philippines. I, at one stage, owned C-Bar-C and Seven C’s music labels. I have also released calls on the Chicago Country, 4Cs, Dance Ranch, Rockin’ A, OMAR, Snow and Riverboat labels. From 1997-2002 I published a choreography newsletter – it went to 115 callers in 13 different countries.