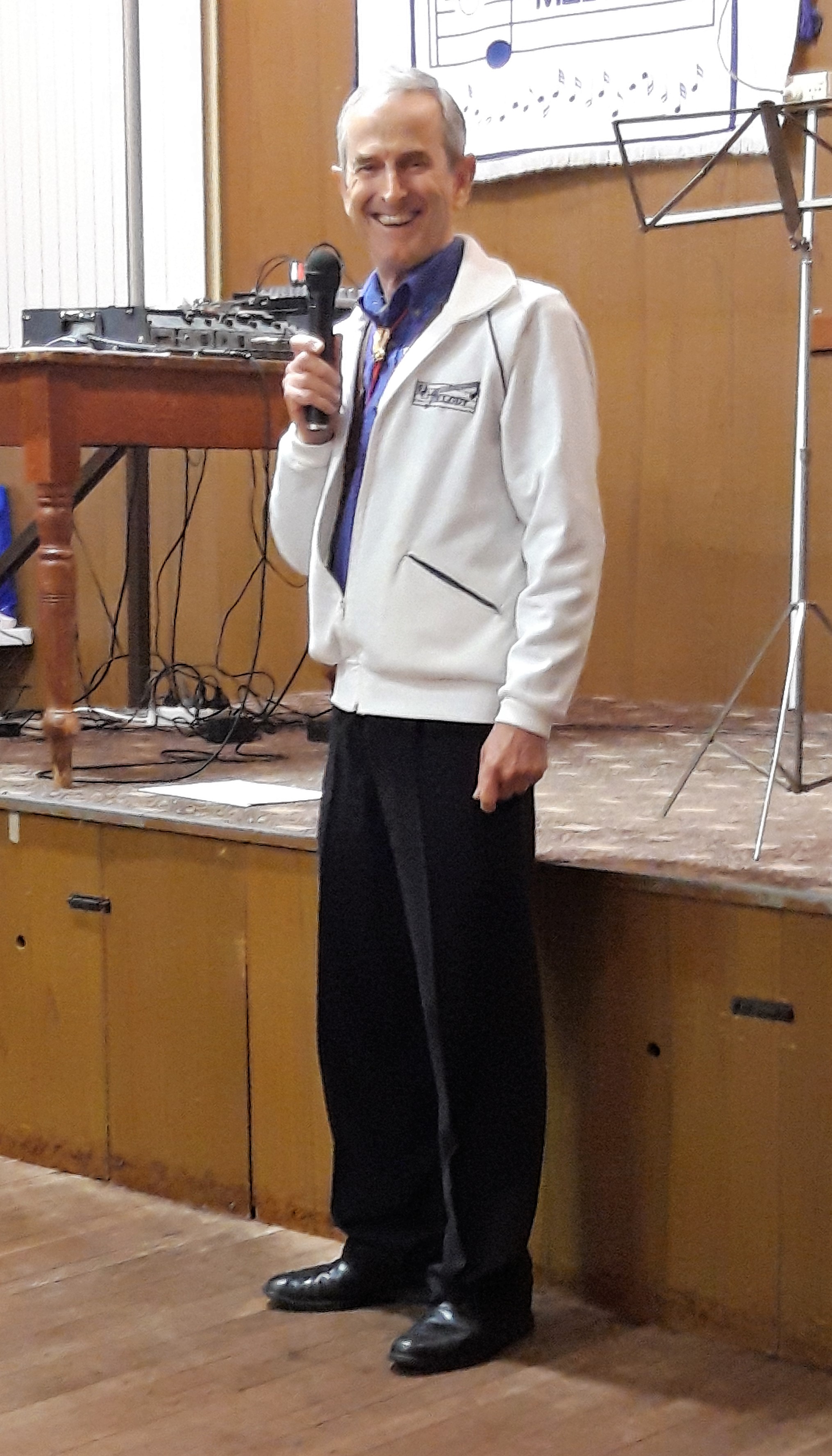 I suppose it was 1966-1967 at the Upper Burnie Hall in Burnie, Tasmania that I first remember square dancing. The Burnie Musical Society had decided to stage a square dance – and the music was live, warm and inviting. For me though on the first night I was there, twelve or thirteen years of age I was, playing with the other youngsters in the foyer was what it was all about.

1971 saw me venture to Hobart for education and later work, and there I square danced with the Southern 8’s Square Dance Club. I spent time with Fred Byrne, the caller of the club. Fred had recently come back into square dancing and I was helping him with the choreography of the time and he was helping me with the art of square dance calling.

1974 was the year I participated in the Tassie Twirlers Amateur Callers competition. It was a bit of a scary experience being out there on the stage by myself.

My first One-Nighter was an “in the deep end” experience (1974). Fred Byrne was to call the night and I was the caller’s roadie. However Fred could not make the night, and it was up to me to be behind the mic. The wonderful thing about this, my first big calling event, was the character, enthusiasm and the friendliness of those attending. It was the Australian National Red Cross Youth gathering (Gumbooya ’74) and what a great first up calling experience, so much fun.

I headed from Hobart back up to Burnie in early 1975. As a dancer the first National Square Dance Conventions I attended were Adelaide in 1974 and Melbourne in 1975. In 1975 & 76 I also attended Victorian state square dance conventions. I served as Treasurer of the 1976 National Square Dance Convention in Hobart, Tasmania. It was 1976-77 when I started two feeder square dance classes. Both of these groups were to feed the Burnie Square Dance Club. I served as secretary of the TCA.

Deb and I, together with Deb’s parents, started the Melody Square Dance Club, later to become the Melody Square and Round Dance Club. We started Melody on the 1st August 1979, and I have been, and still am, the sole caller (42 years later) at Melody. A Beginners (square dance or round dance) Class has been completed at Melody at say 37 of these 42 years. The 1980s’ saw the Melody commitment reach its peak with four nights on the go: separate nights for squares class, squares club, rounds class and rounds club. In 1985 I served as training officer of the CAWA.

Deb and I have represented WA in the Round Dance Showcase at several national conventions.

I have called at ten nationals (over the period 1976 to 2018), and numerous state conventions in WA. I have also called at a state convention in Tassie and one in SA (the first SA state convention). I have called at the Aberdeen Kilt Kickers club in Scotland. I had a very memorable calling experience at the 1977 Australian National: I was calling a singing call, and somewhere through the middle break the music cut out, I continued calling without music for some time . . . the music came back on during the end break, and music and call were aligned . . . all worked out well. . . I was overwhelmed at the response I received from the dancers.

As I put this in type, it is 2021, and Deb and I have been married 43 years this year, and have a wonderful family: two children and four grandchildren. Square dancing has given me many highlights, allowed me to meet some wonderful people, provided much enjoyment, involved heaps of hard work, and provided me with great reward.