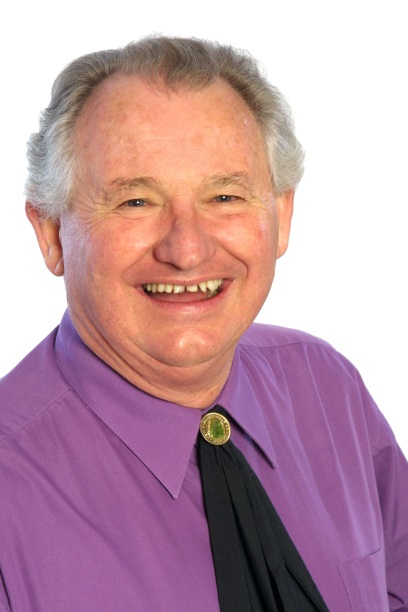 Started Square Dancing in 1960 at the “Y.M.C.A. Square Dance Club” in Newcastle, after having been convinced to try it by an old school friend.

He then began Calling for the Club in 1961. This Club continues to operate today in the N.S.W., Central Coast region with Brian as Caller. However, the club name was changed in 1967 to the “B-bar-H Square Dance Club”.

Brian served for ten years as “Vice Chairman” of Callerlab’s “Mainstream Quarterly Selection Committee” - from 1993 to 2003.

He has conducted over sixty 5-day Caller’s Schools in Australia, New Zealand & Europe.

His program ranges from BASIC, through to A2. He also regularly calls:- Six-Couple Sets, Progressive & Exploding Squares and Tandem sets.

Following are just ten of the many highlights from Brian’s colourful calling career :-
01) Calling in the Sydney Opera House during a visit by Her Majesty Queen Elizabeth II.
02) Teaching Square Dancing to 2,000 Students at Baguio University, Philippines in 2009.
03) Calling with Joe Lewis (the “Father of Australian Square Dancing”) at his home Club in Dallas, Texas during visits in 1985 & 1988.
04) Being a member of Australian’s “East Meets West” group with the fabulous talent of Barry Wonson, Steve Turner & Kevin Kelly.
05) Calling a three-hour session of Square Dancing at the base of the Eifel Tower in Paris.
06) Having a “50-Years-Of-Calling” dance with over 450 Dancers. Receiving the gold badge.
07) Working with a live band at weekend Square Dance Festivals in Canberra, Australia, and at the 1994 American National Convention, in Portland, OR with 20,000 Dancers.
08) Recording vocals for a variety of Square Dance record labels.
09) Being a Staff Caller at the Hawaiian State S/D Convention in Honolulu & Feature Caller for both the Mid Winter Festival in Oregon, U.S.A. and the WAM Dance in Salzburg, Austria.
10) Calling the iPAC Convention in Germany, the Swedish National Convention at Boras & being the Staff Caller for “Pinkafeld Promenaders’” week-long Square Dance Camp in Austria.

Brian loves this exceptional, standardised activity of ours which provides “gentle exercise”, “mental stimulation” and great “sociability” for all those who participate, and for all the wonderful people he has met through Dancing & Calling throughout the years.